The ride from Ushuaia is long (2500 kilometers), windy, cold and extremely boring.

We arrive at Com. Rivadavia mid afternoon and find our way downtown in search of a hotel. We park the bike and while discussing our options a policeman arrives on foot, greets Diana with a kiss on the cheek (the typical Argentinian greeting) before determining what we are looking for. His English is very limited so he calls his father who then talks to me about the local hotel prices and makes a recommendation. We had one RCMP lapel pin remaining which I give to the policeman for his assistance. 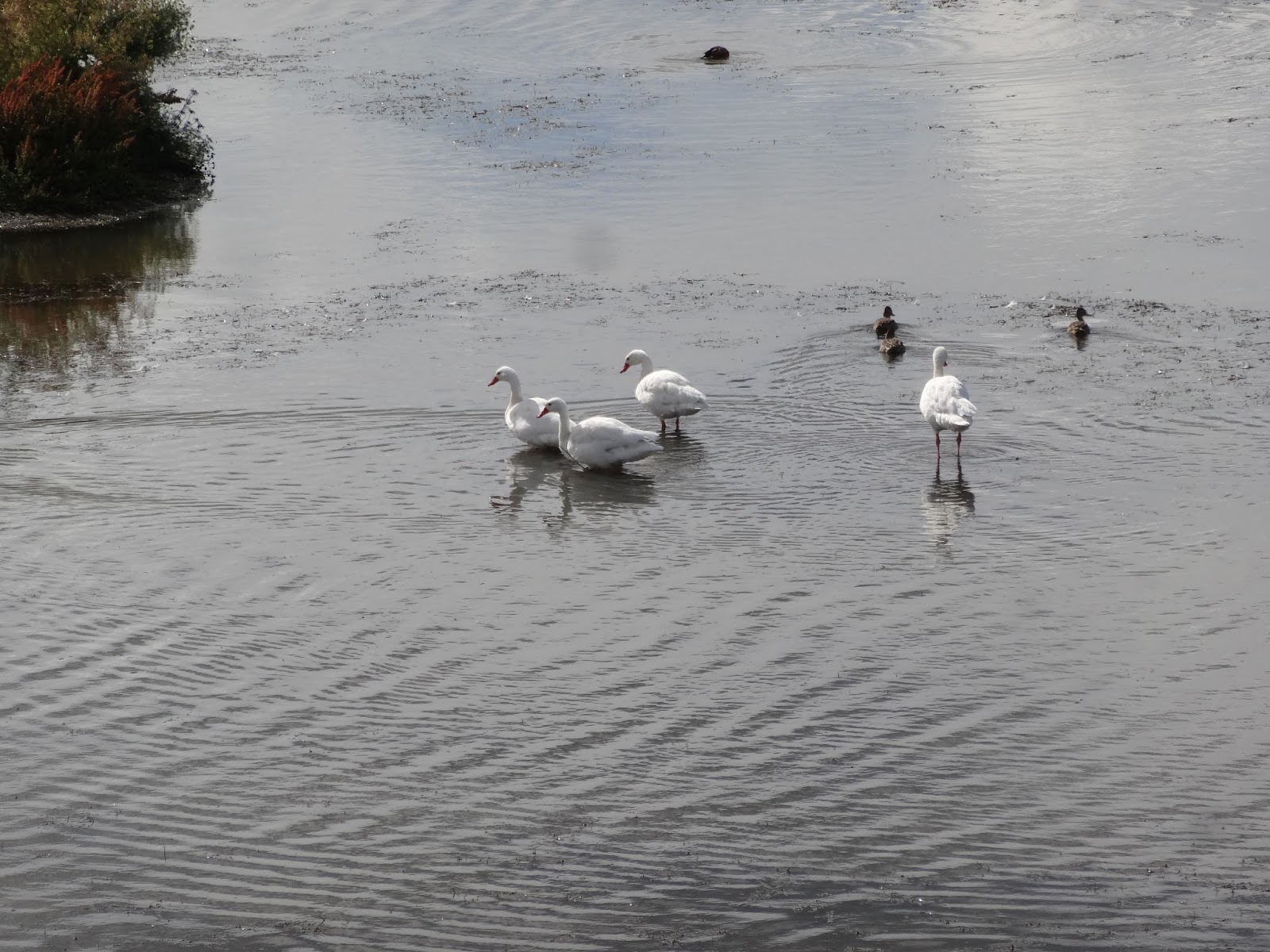 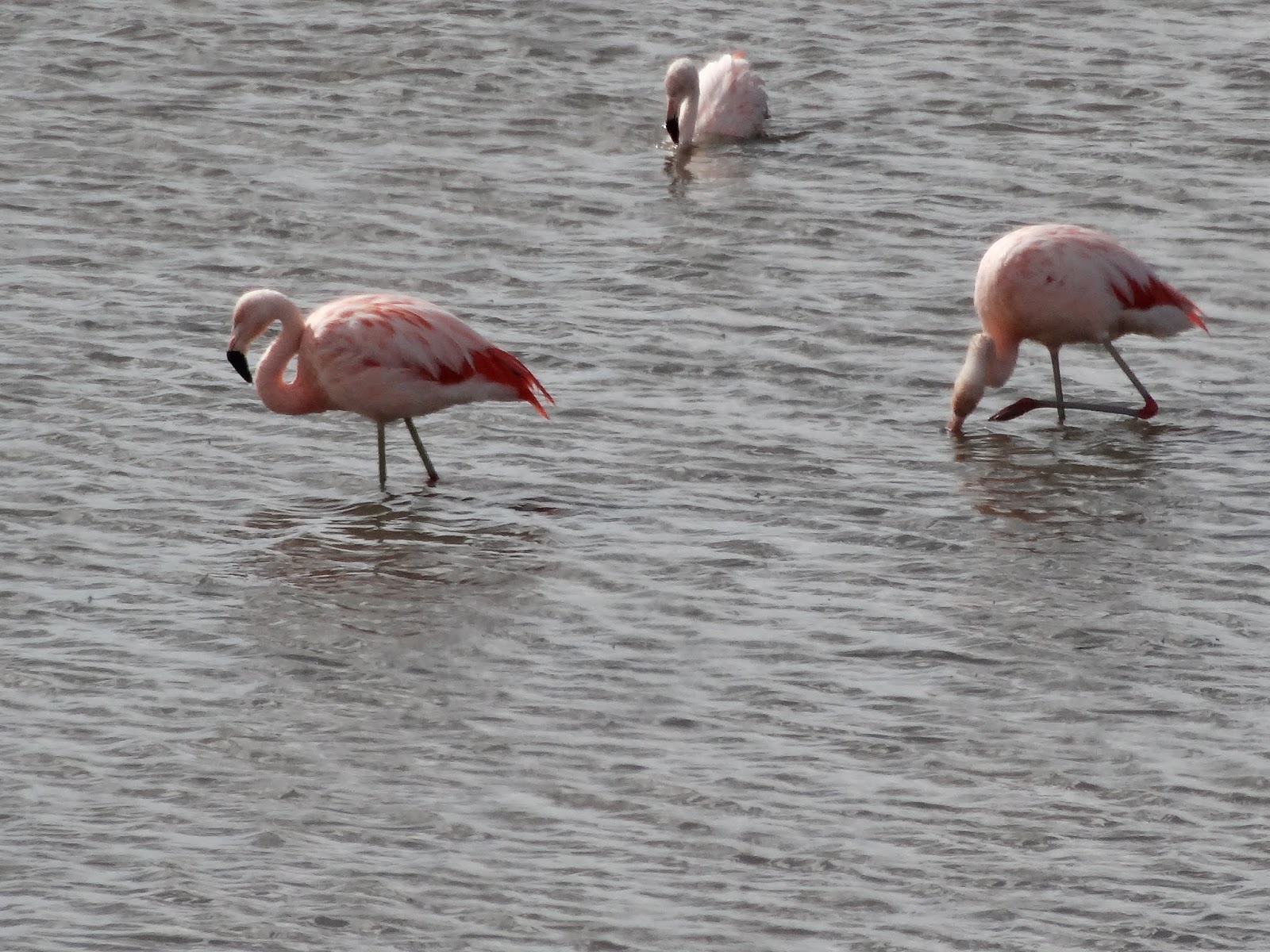 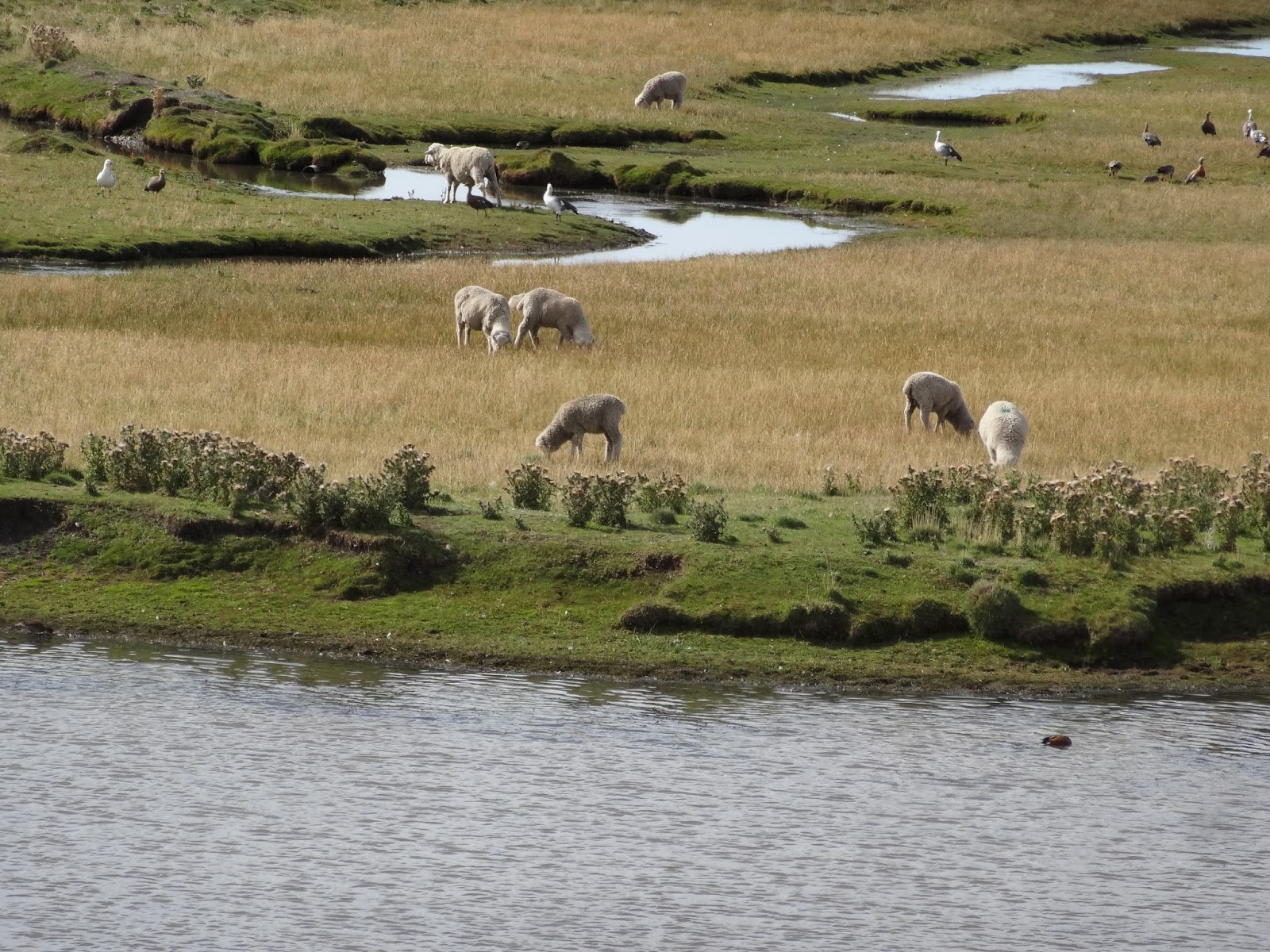 March 21, Had a long ride today, 848 kilometers which is the most we have rode in a single day. The weather was good other than a half hour of rain and we had tail winds for most of the day making the ride more enjoyable than the past 16 days due to high cross winds which were hard on the neck. After looking at a couple of dirty hotels we find a very nice hotel but it's almost twice what we have been paying but after a round of negotiating we pay cash and save 180 pesos.
March 22, Today we have a leisurely start to our day with a nice continental breakfast at the hotel.  Also manage to find some synthetic oil as the bike is due for an oil change and the air filter needs to be cleaned. We stop after a couple hundred kilometers for lunch and decide to find a hotel so I can spend the afternoon working on the bike. While getting our helmets on, a gentlemen approaches and we start talking with him. Diego is a retired school manager from Buenos Aries who spends four days a week at his ranch near Saladillo. Diego has a son who resides in New York city and he one day wants to drive to the USA on his BMW so that him and his son can ride on the California coastal highway.  He offers to put us up for the night at the ranch which is another example of the hospitality we have experienced in Argentina. We decline only because we need to do some work on the bike.
We find a quick lube shop, try to explain that we need a place to do an oil change on the bike but we don't get the message across until I pull out the oil and filter. I'm told to move the bike to the far side of the shop where one of the guys pulls out the tools and starts to drop the skid plate and do the oil change for me. Meanwhile we are explaining to the other staff and their friends about our journey and showing them pictures of Canada on my phone. Once the oil change is finished everyone poses for pictures which goes on for a half hour. The shop owner refused to let us pay for the oil change and instead we just gave the guy who did it a "propina" (a tip). 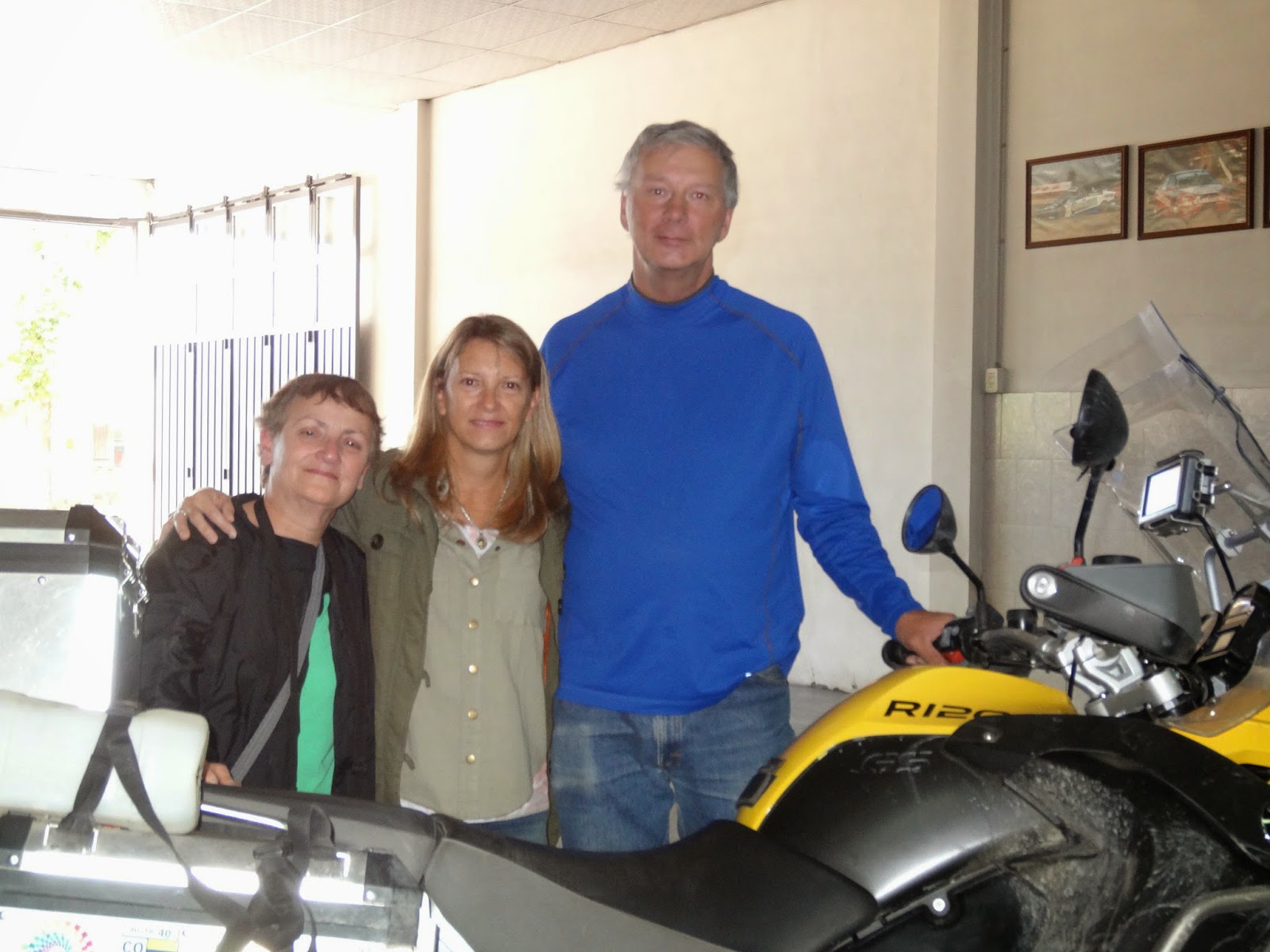 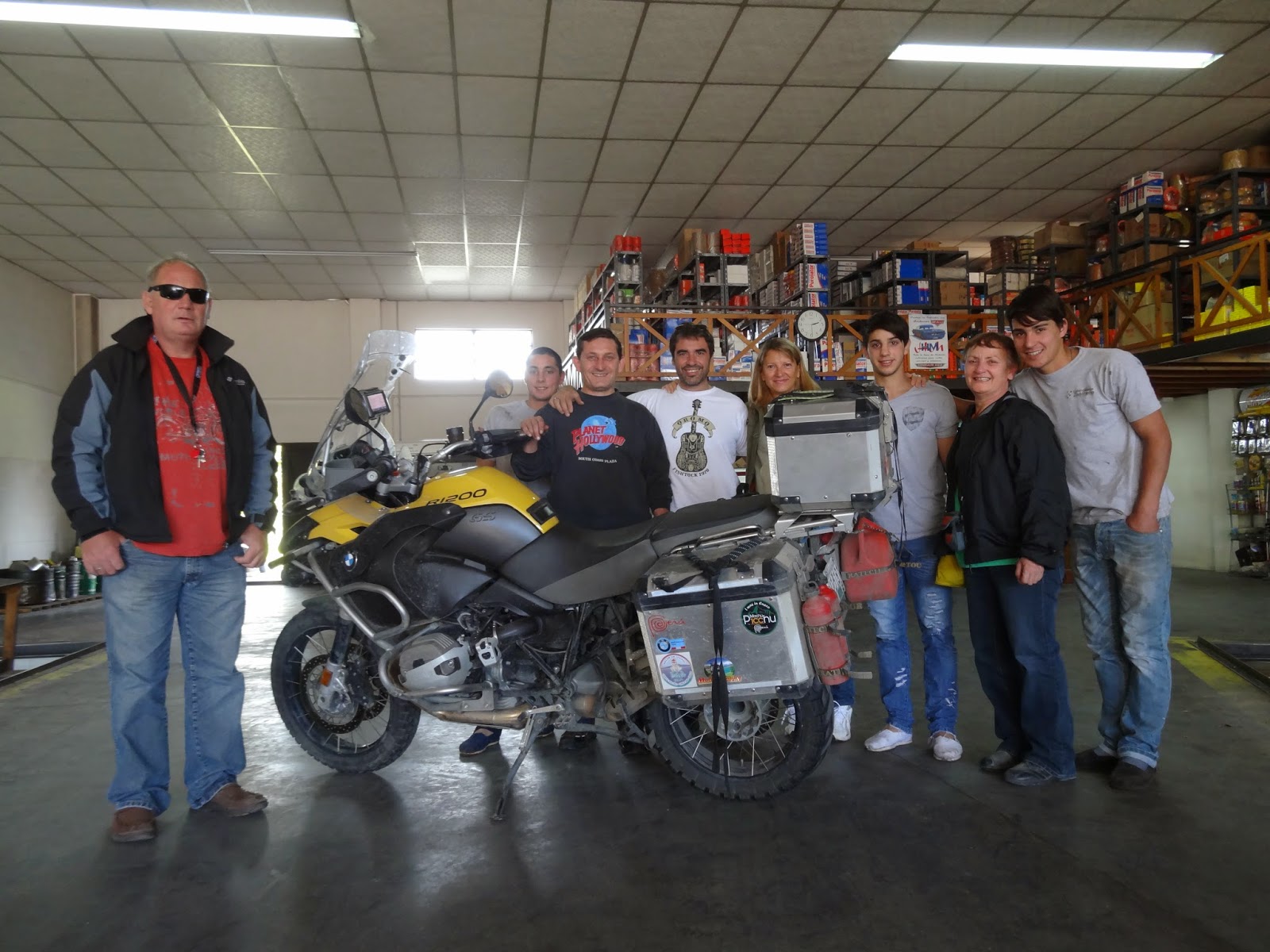 The oil change crew, after the oil change everyone had their picture taken on the bike.
Today, March 23rd we are off to Buenos Aries, need to find a rear tire and rear brake pads before we can hopefully meet up with Diego for a ride together around Buenos Aries (he has a 2009 R1200GS).
﻿
﻿
﻿
Posted by Ken at 3:53 PM