Saturday, July 4th, 2015 we took a few trails into the back country and even coached the boy across his first stream crossing on a motorcycle. It’s back to Dawson City where after setting up camp we wander around town finding a pub with live music and settle in for a few pints and Arctic Char burgers.


Sunday, July 5th, 2015 and we are meeting Julian and the three of us will ride the Dempster Highway which is gravel for all but about 5 km’s. We aren’t riding for ten minutes before I see the first bear and a porcupine. The scenery going through the Tombstone Park is amazing and we stop frequently to take pictures. During one our rest stops a couple from Inuvik asks where we plan to stop for the night and when I told them Rock River they advised that there was a lot of grizzlies in that area. 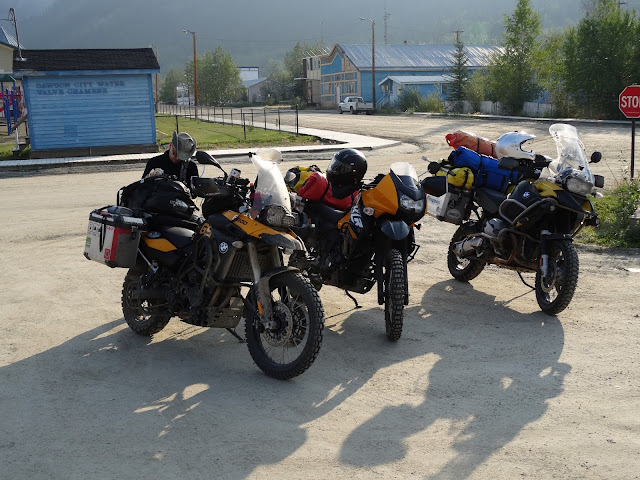 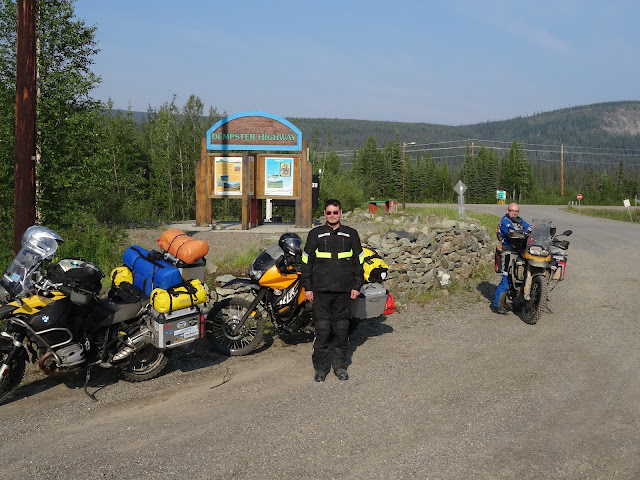 Beginning of the Dempster Highway 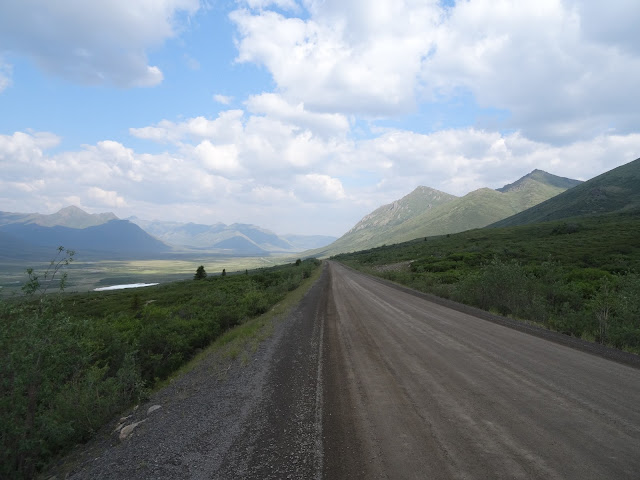 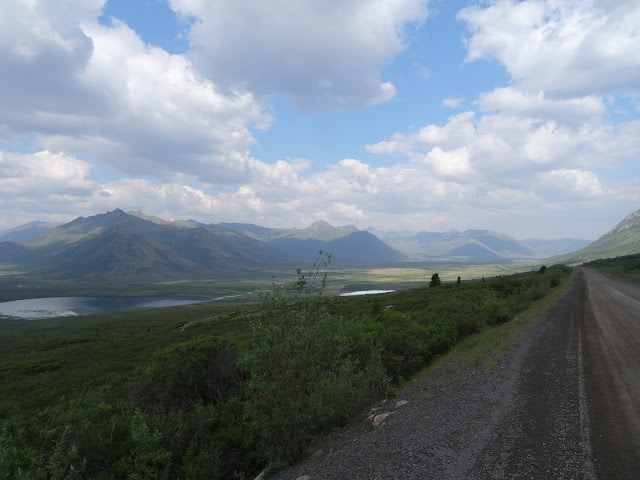 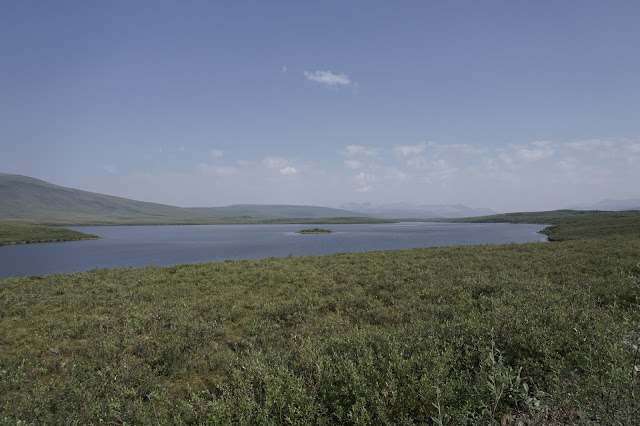 We reach Eagle Plains about 3 pm and stop for a quick lunch before heading to the Arctic Circle and another photo shoot. Julian returns to Dawson at this point and Kirk says to me “we can get to Inuvik tonight”. After 475 km’s of gravel roads today I’m not sure if we can do another 365 km’s safely even if it is 24 hours of sunlight now. 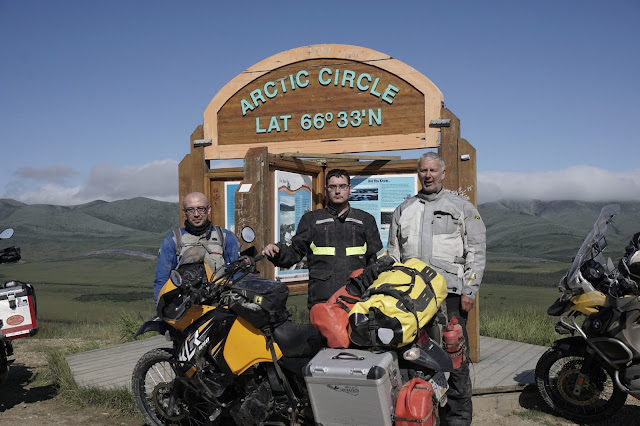 The terrain is constantly changing from trees to brush to barren land and shortly after crossing into the North West Territories we see our first grizzly bear grazing on vegetation in the ditch. After we make a U-turn and retreat to a safe distance we get a few pictures and hope he doesn’t cross the highway at the same time we pass him. 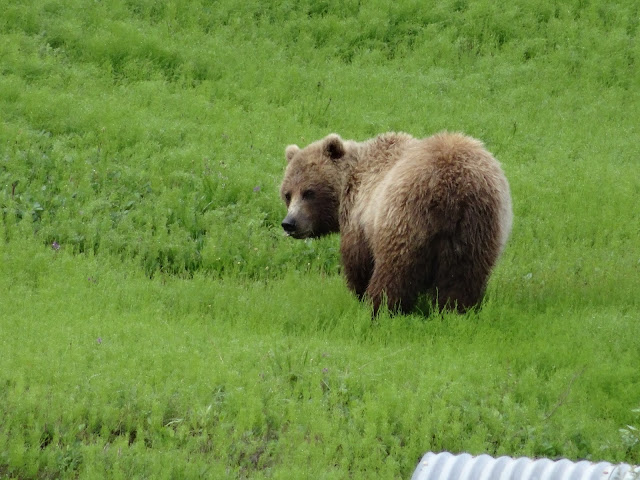 Three cyclists are working their way up one of the passes through the Richardson Mountains when we stop to talk to them. They are from Victoria and warn us of the road construction ahead and tell us that in 400 km’s we were the only people to stop and talk to them. Most of the cyclists we’ve encountered over the years are well prepared with food but water is an issue due to the weight and I’ll offer a few liters of water if they need some. 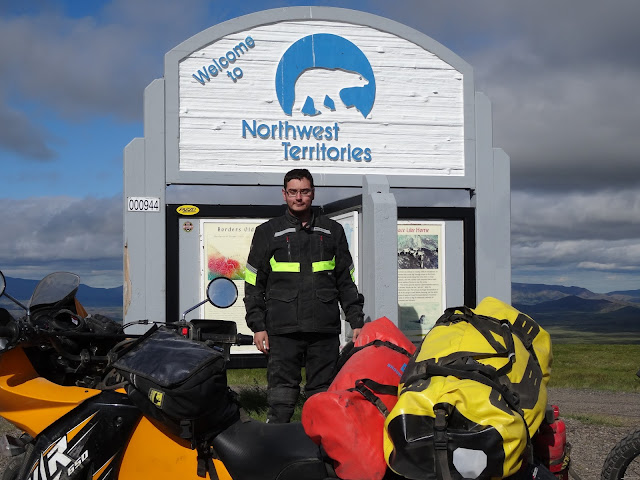 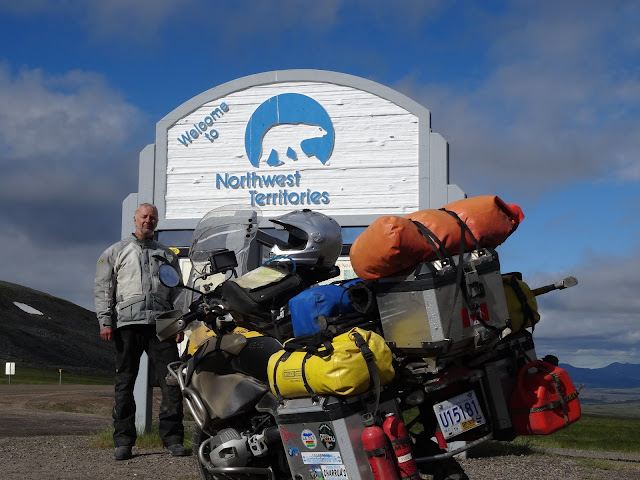 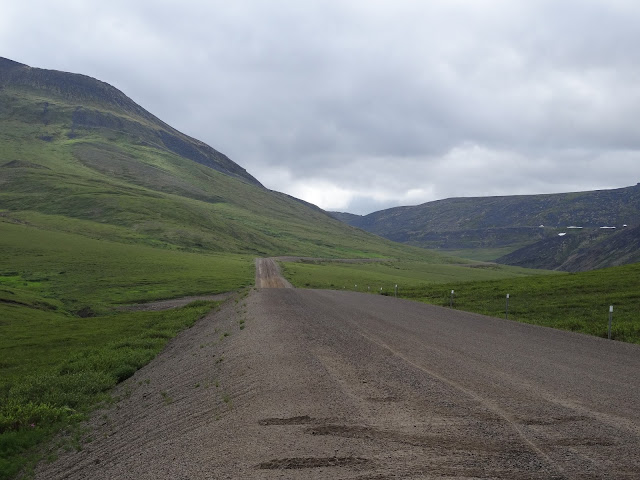 The construction zone is reasonably smooth but the dust is unbelievable and at times you can only see 30 meters in front of yourself. The rest of the ride into Inuvik is dusty but the road is in good condition and we are going about 100 km per hour and arrive at the campground at 11 pm and recognize Mark and Georges bikes parked next to our tent pad. The sun never does set and between the sun and Georges snoring its difficult getting to sleep.
The pipes running between all the houses in Inuvik are called utilidors and contain water and sewer lines and are heated to prevent freezing in the winter. 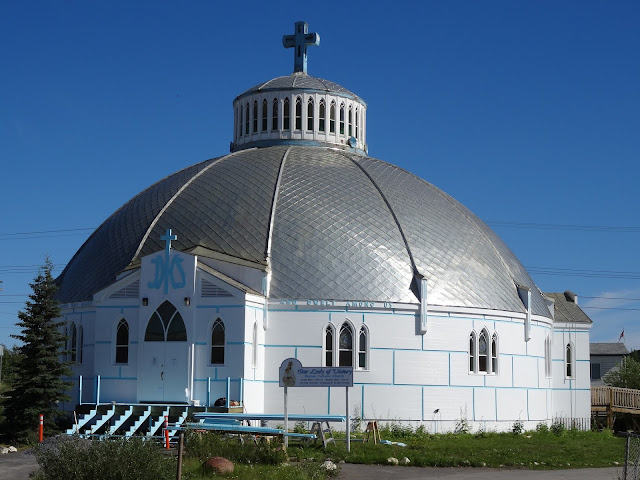 The famous "Igloo Church" in Inuvik
Posted by Ken at 6:01 PM