July 7th, 2015 we didn’t sleep well for a second night due to the heat as the sun is beating down on you 24 hours a day and there are no trees large enough to give you shade. Two guys from California pulled in to the campground at midnight. They are riding a BMW R1200GS and Yamaha Super Tenere. According to them they rode from Smithers, BC to Inuvik with only a two hour stop near Dease Lake when one of them dozed off before the rough gravel on the shoulder awoke him. They’ve rode from Florence, California to Inuvik in a week.   A stop at the Mackenzie Inn for the $5.95 breakfast special before setting out for Dawson City is the best deal in town. 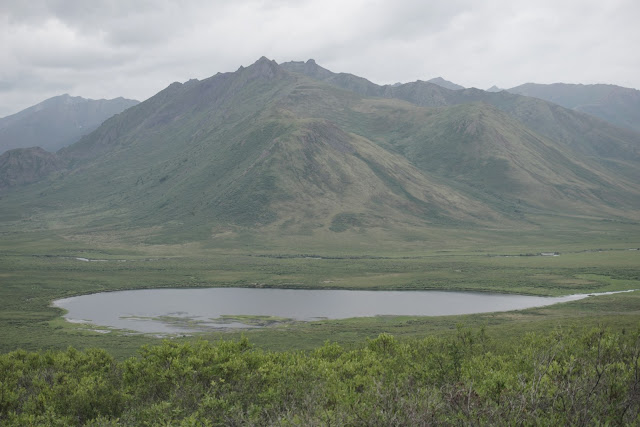 We checked out the grocery store in Inuvik and the following is a sampling of their prices:

The ferry over the Mackenzie River starts running at 9 am and we should be on the first or second sailing. The weather is great with not a cloud in the sky but the good weather comes with a price, the dust on the highway is extreme and you need to ride about half a kilometer behind other vehicles. Near the NWT-Yukon border I see the tire tracks of three bicycles in the gravel; I believe the tracks to be those of the people from Victoria. We pass the Californian’s just before the Arctic Circle and they stop to talk to us at the Arctic Circle view point. The one guy tells us he just hit one of the cyclists and he was taken by pickup truck to the medical station at Eagle Plains. The story is that a gravel truck was kicking up lots of dust with the Californians following it too closely. The gravel truck passed the bicyclists leaving them in a cloud of dust and the motorcyclist clipped the rear wheel and rack of the cyclist with his engine crash bar. This sent the cyclist into the air and his bicycle into the ditch.


We stop at Eagle Plains for fuel and a sandwich. The mother and father of the cyclist recognize us from our previous meeting and tell us their son is still being treated but should be okay. As we prepare to leave the cyclist is released and is extremely lucky he only sustained abrasions to his back and a sore ankle. He is determined to finish the bike trip and plans to stay at the hotel for one night so he can true the bicycle wheel. 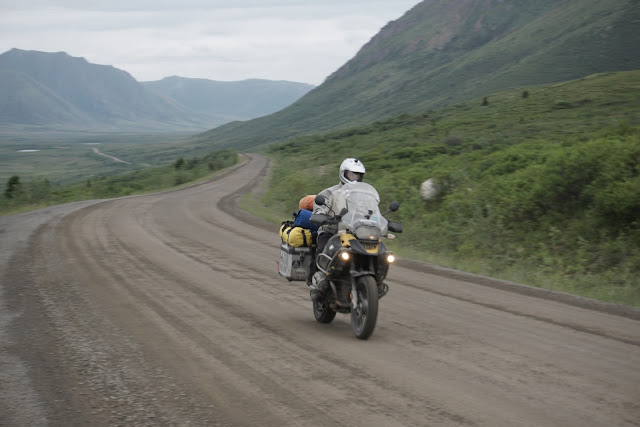 Immediately after leaving Eagle Plains the rain begins and the dust subsides. Our only fear is that if it rains too much the two remaining dirt sections will become a slow ride in first gear with our feet acting as outriggers. Once again we luck out and have a dust free ride into Dawson City. The boy is worn out from the long ride and it’s raining in Dawson City so we take a hotel room and order in pizza before he turns out the lights at 9:15 pm. 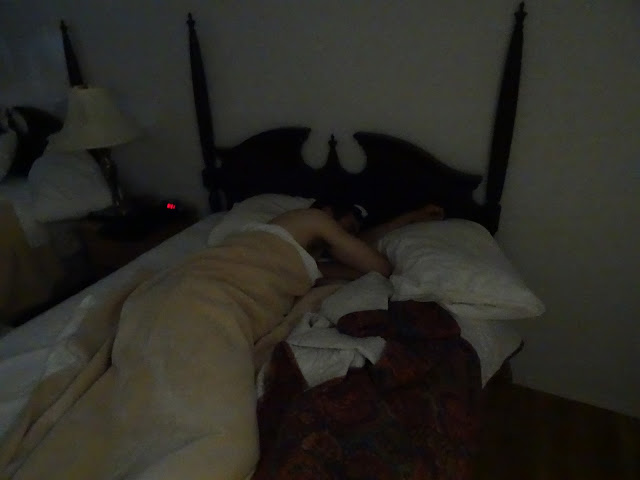