We are off to visit Tracey & Peter Jacobs at their gold claim. It’s a 70 km ride on gravel and dirt roads and the scenery is fabulous riding the top of mountain ridges. They show us the operation which is more complicated than what the TV shows depict. After checking out some nuggets of gold we are shown some horns from a Steppe Bison and teeth from a Woolly Mammoth which lived in the Yukon 10 to 25 thousand years ago. We are returning home with a very nice tooth as a souvenir, hopefully it doesn't get damaged on the way. 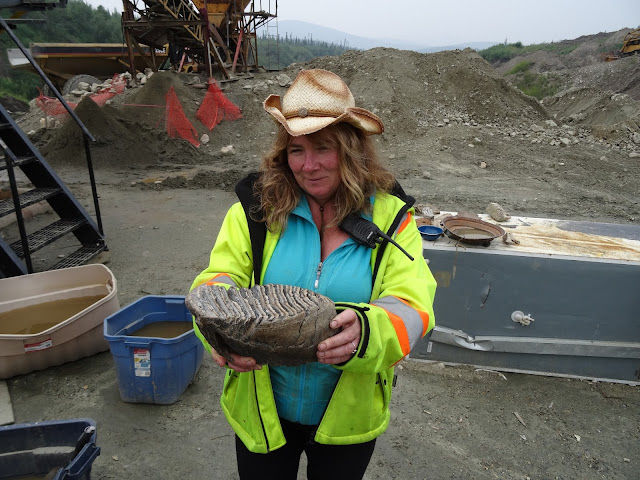 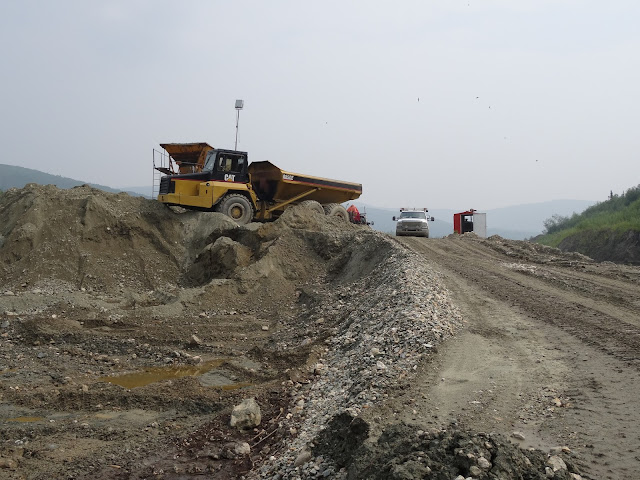 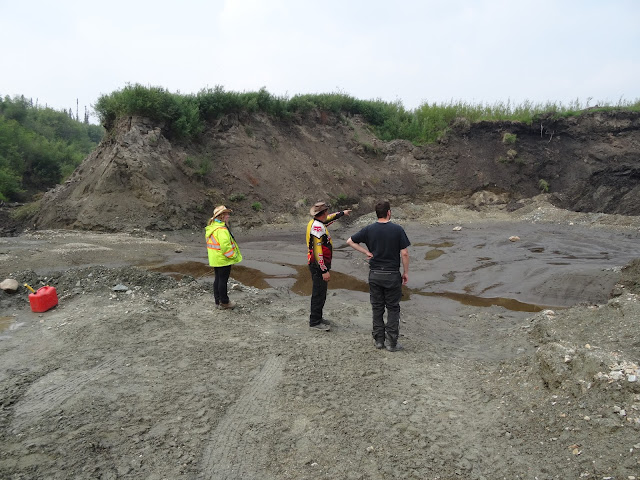 Tracey, Peter and Kirk the mining engineer talking strategy (I didn't understand most of what they were discussing) 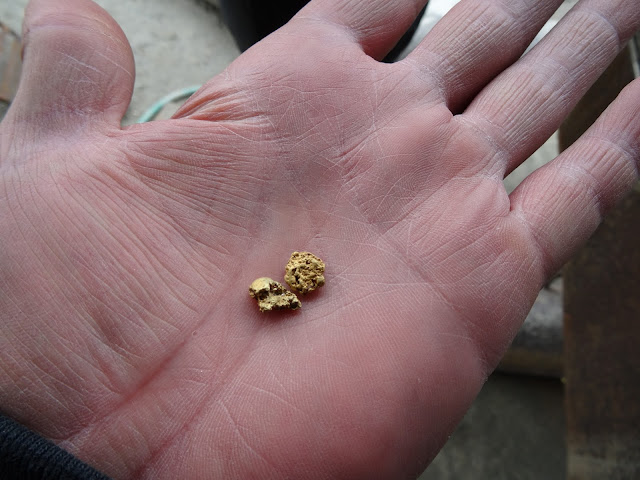 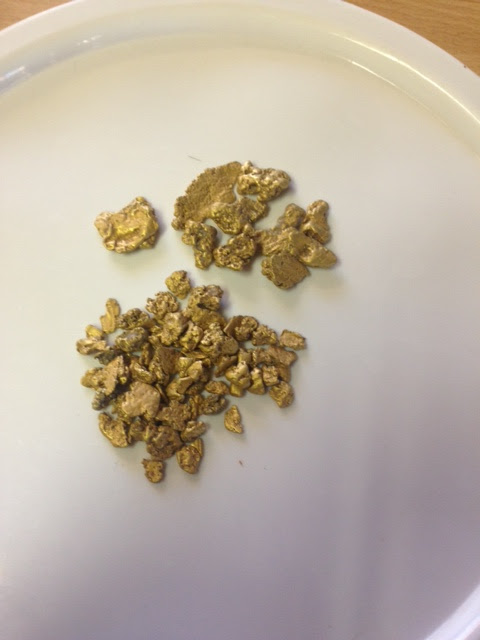 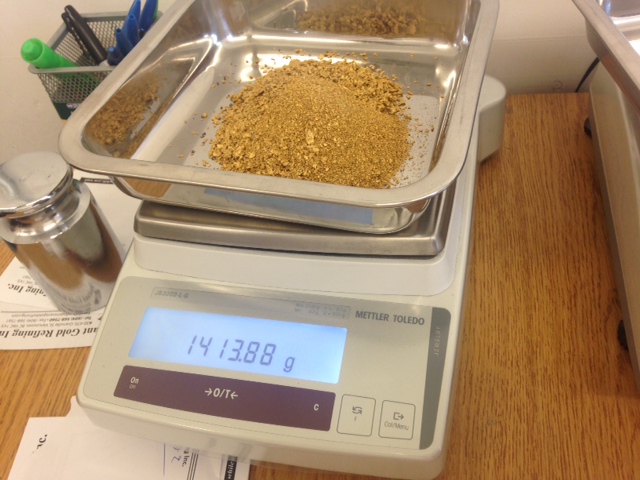 weighing after cleaning the sluice box (approx. $67,000)
Unfortunately they didn't have any tusks at the claim but Tracey did have some pictures of the tusks they have uncovered. 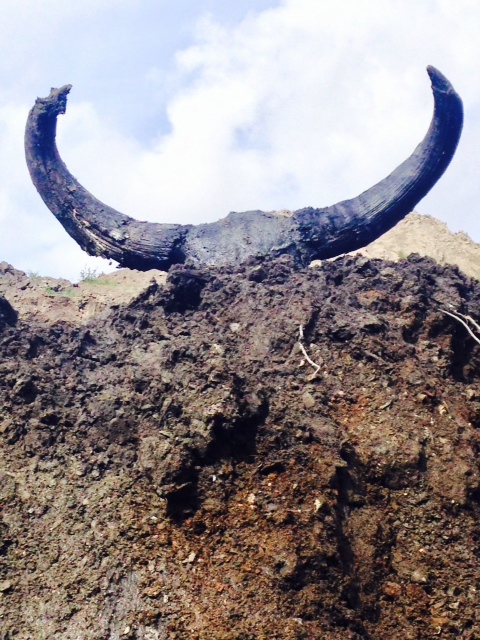 Woolly Mammoth tusks
Peter leaves their son Jake in charge of the operation while the four of us take a drive in the crew cab. The TV show GOLD RUSH starring Parker Schnabel and Tony Beets is filmed on a claim below the Jacobs claim. There are movie production trucks and tents around the claim with drones shooting footage from the air. It seems the Discovery Network has a large budget as they had two new conveyors delivered to the claim earlier in the day and there is no shortage of heavy iron on the claim. 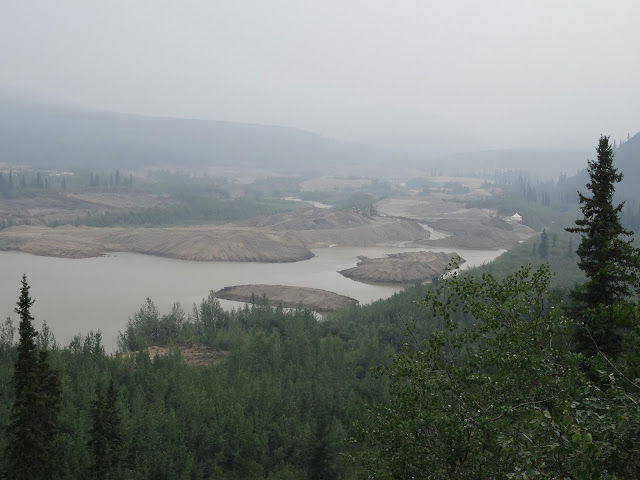 The claim from the reality show Gold Rush
Posted by Ken at 4:22 PM