While preparing to leave the hotel this morning a lady in the lobby asked where we were from along with all the usual questions of where are you going, how long, etc. She lives in Calgary now but spent 10 years in Port Alberni, just an hour away from where we live. Had a great chat about the Manzanillo area as it is her favorite winter get away from the snow and cold of Canada.﻿ 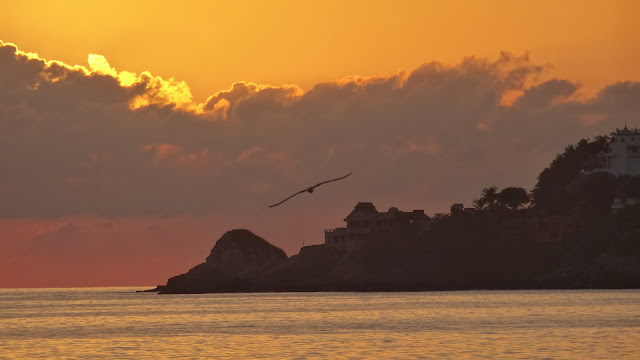 Sunset on day 2 in Manzanillo 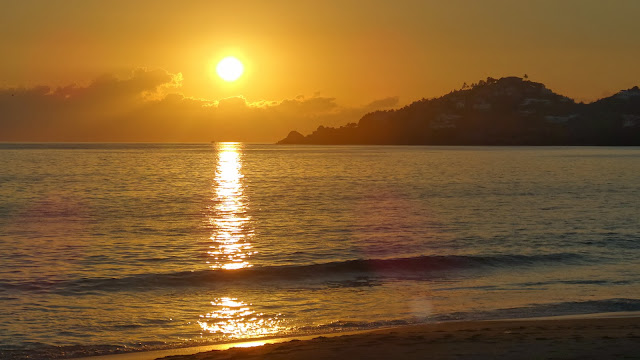 Sunset on day 2 in Manzanillo
Had a long ride today, 7 hours in the saddle but only travelled 348 km. Most of the day we rode along the coast and once again it was extremely tight corners and lots of climbing  and descending hills along a rugged coastline.
Were able to see some very nice agricultural land with banana, pineapple, papaya, coconuts, along with many crops we were unable to identify from the highway. Seems to be a combinations of small family run operations with a few corporate farms which clearly have newer equipment and larger plantations.


We pulled off on a roadside turnout over looking the ocean (picture below) and had a challenging conversation (due to the language barrier) with a truck driver who was also taking a break. He was hauling a load of Coconuts to a town we didn't recognize and we shared some peanuts with him while we all admired the ocean views. 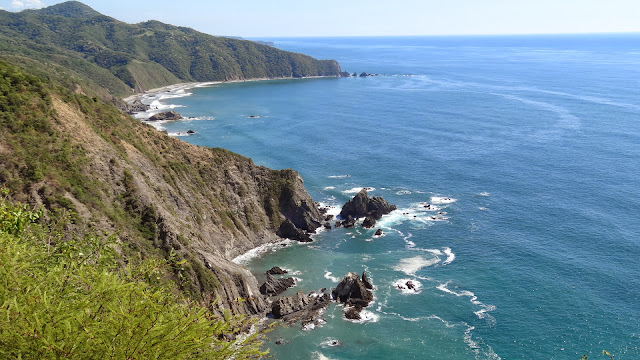 from this vantage point the drop to the water is in excess of 300 meters almost straight down, the trucker kept pointing down the cliff to the water. 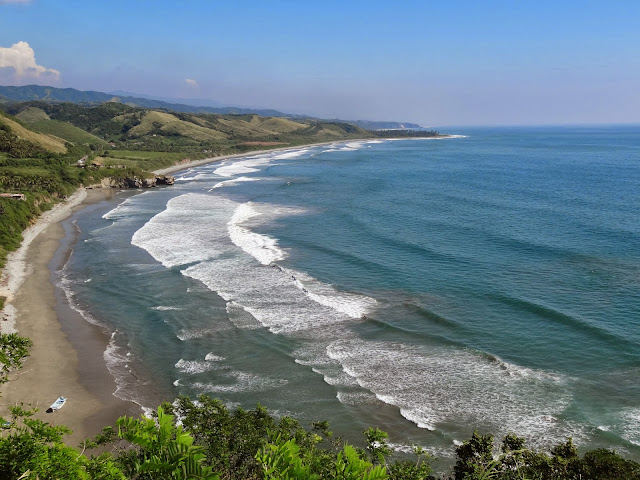 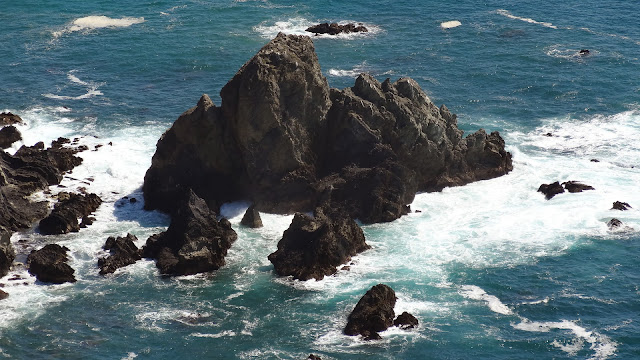 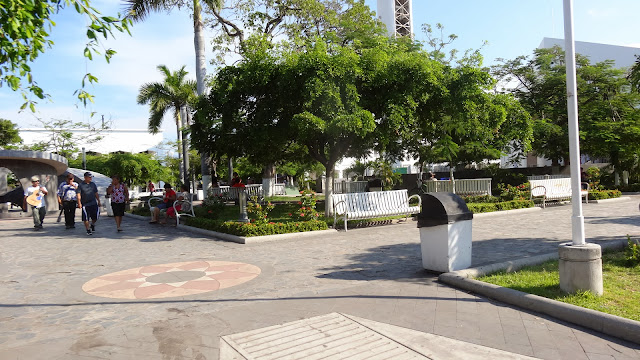 Plaza at the center of the city of Tecoman 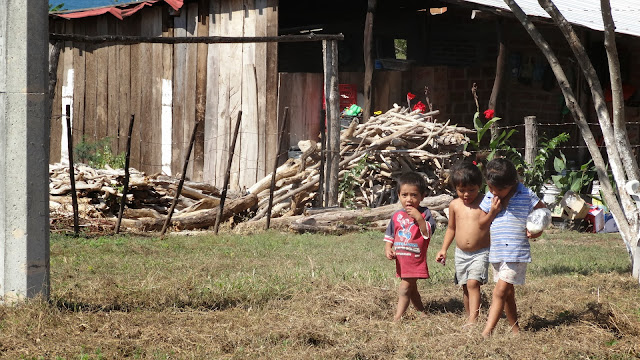 These kids were curious about us wearing helmets but at the same time too shy to get any closer. 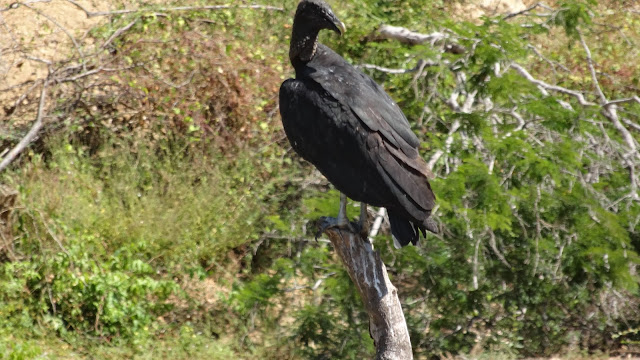 Zopilotes (in Spanish) or Black Vulture. These guys are plentiful in Mexico and we came across 3 road kills today with about 50 vultures at each of them.

We saw lots of check points along the highways today and twice  they had check points at both sides of two towns, one of which had 6 or 7 people handcuffed and standing on the roadway. Most check points are manned by the Federales but today some were manned by the military. So far we 've been waved through all the check points but one today where they only wanted to know our destination and then allowed us to proceed. They always have their game face on and many hide their identity with a bandana or similar covering.﻿