We treated ourselves to an early Christmas gift, rather than ride the bike for 9 to 10 hours one way through the jungle in pouring rain we chose to fly to Tikal from Guatemala City to visit the Mayan ruins. Our flight couldn't take off from Guatemala City until the weather cleared in Tikal, a delay of 1- 1/2 hours which unfortunately came off our tour time. We still managed to see most of the ruins all be it somewhat rushed.

Lots of photos on todays post but we don't have time to comment on each of them. Here is a link to Tikal for those interested: http://whc.unesco.org/en/list/64

Our guide Juan met us at the airport in Flores about an hour drive from Tikal. He was very informative about the history of the Mayan culture and the area. He has never been outside the Mayan territory but speaks fluent English and French along with his native Spanish. There are only 60 people in the Tikal area who speak Mayan, most people of Juan's generation were never taught Mayan as their parents felt they would be discriminated against if they spoke their native language.
. 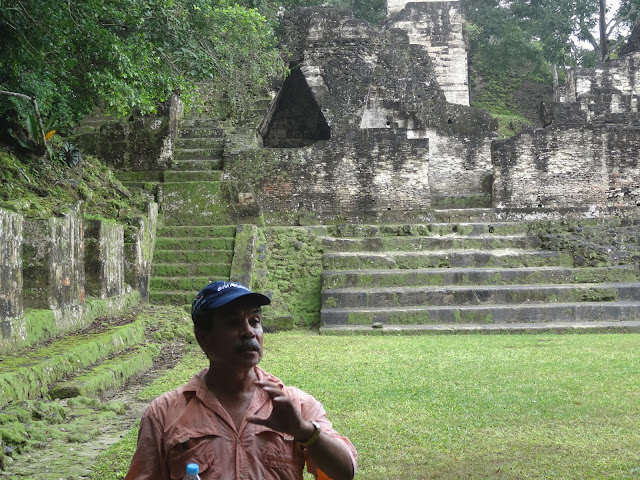 On the afternoon of our return to Flores the skies opened up and made Vancouver rain look like a sprinkle. It rained extremely hard for the next 4 hours.

The humidity was worse than what I have experienced in Ontario, our plan was to walk around Flores but due to the rain we never ventured out of the airport terminal. Shortly before our plane arrived the military showed up and had a sniffer dog along with 3 soldiers, fully armed. Not sure if this was normal procedure or if they were looking for something. 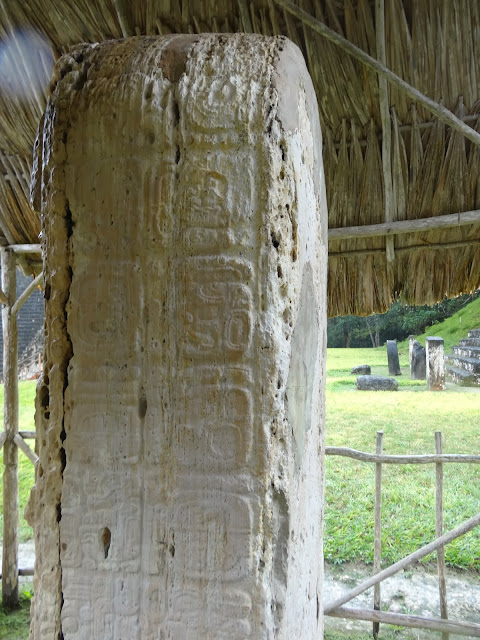 Coatimundi (similar to a racoon) 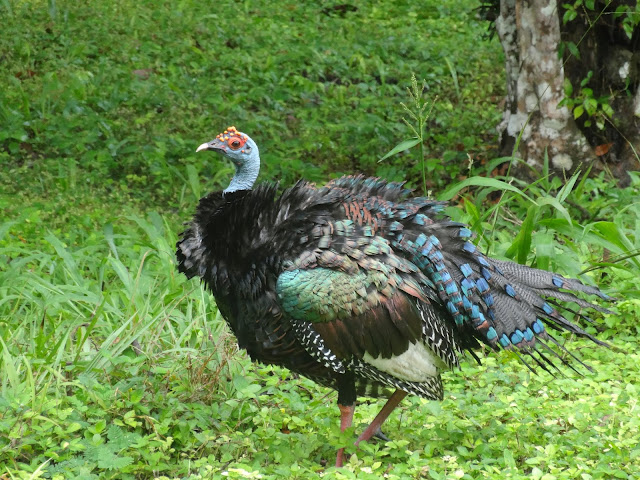 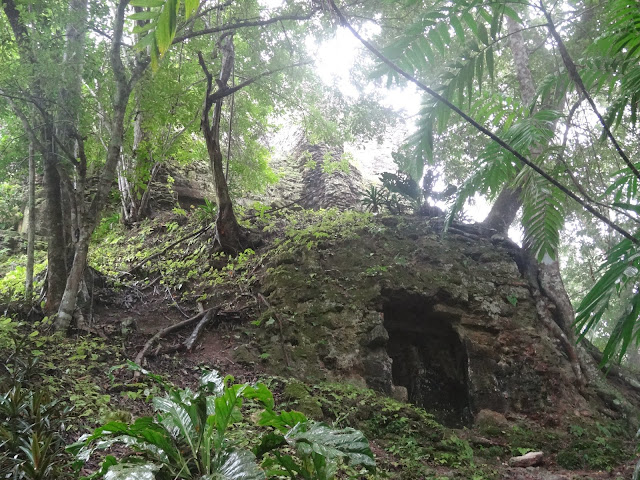 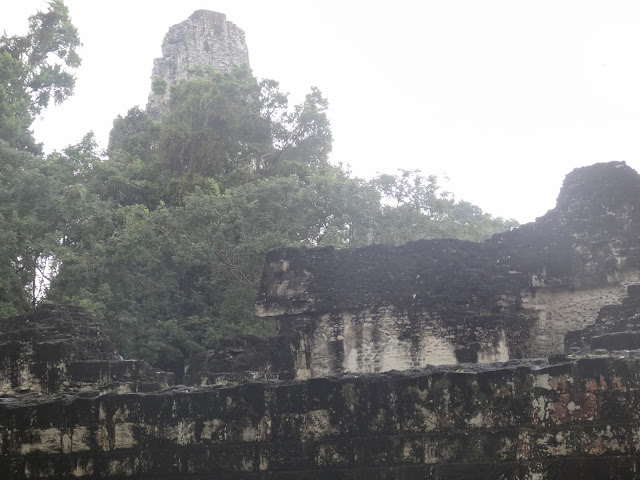 Spider monkey, don't get too close as they will throw their feces at you. 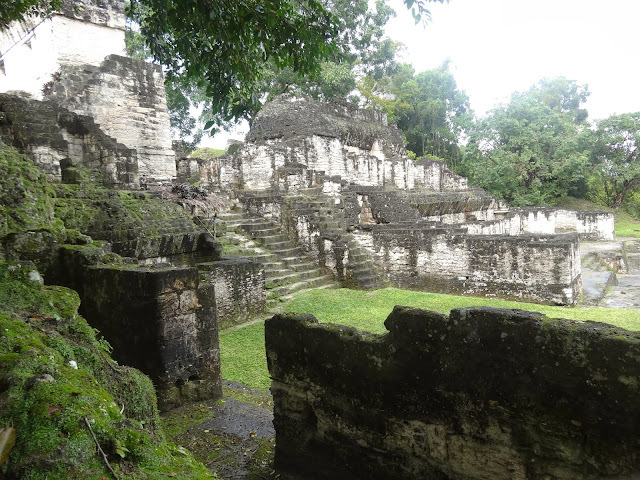 Mayan ceremony taking place on the day of our visit.

Top left room is where we stayed, the only noise was from the critters in the jungle.

Juan is showing us the chicle, the original substance used by Wrigley's gum before synthetics were introduced.
Posted by Ken at 11:14 AM