Left our hotel at 7 am with the intent to enter Honduras early and exit in the afternoon. Within 5 minutes I make a wrong turn and end up going through the market area of San Miguel costing us about 15 minutes.  The border crossing was pure hell, dealing with lying and cheating helpers who always come up with an additional charge for one thing or another. Today I refused to pay the fumigation charge for the bike and a few other charges that were bogus. Diana and I split up our American money and had hid 20.00 dollar bills in multiple pockets so the handlers wouldn't see a pile of money when you had to pay for something. I also paid directly rather than let them take our cash to make a payment on our behalf.
Entering the country took 2 hours with exiting taking an hour and a half.
We are learning but it's frustrating and I lost my cool a number of times resulting in my screaming at the helper. In the end the first helper got a propina (tip) of zip and the second one got about 50 cents in front of 10 of his pals who howled with laughter at him. For me that laughter almost made it worth the aggravation. Our drive through Honduras was uneventful and we're not quite sure why all the warnings were issued about how unsafe the country was. We had 3 police stops and 1 military stop along the way. I usually break the ice with the police by saying Buenos Diaz senor ____ (whatever their name tag says). My pronunciation is terrible and I always get a free Spanish lesson from the police trying to pronounce their name properly. The police have a great laugh amongst themselves and after shaking hands with all of them we continue on without having to show any documentation at all. We manage to exit Honduras by 2:15 pm and are delighted to be in Nicaragua. 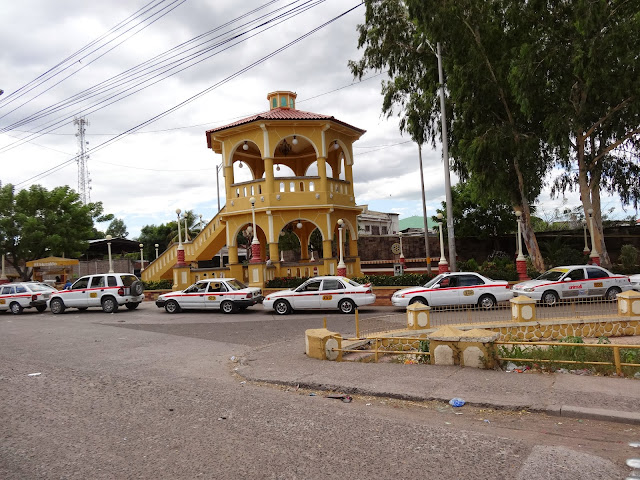 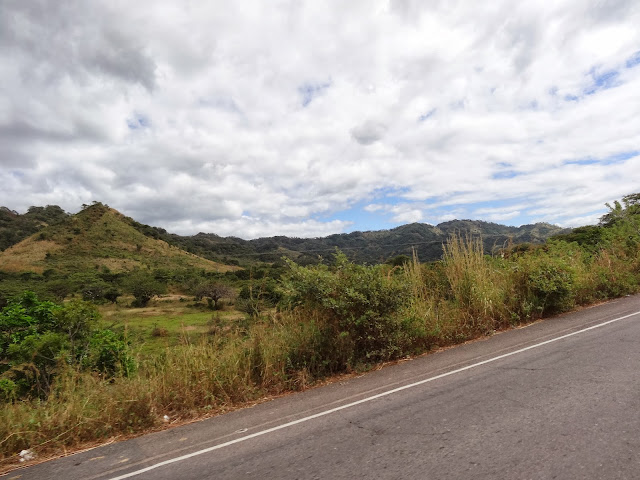 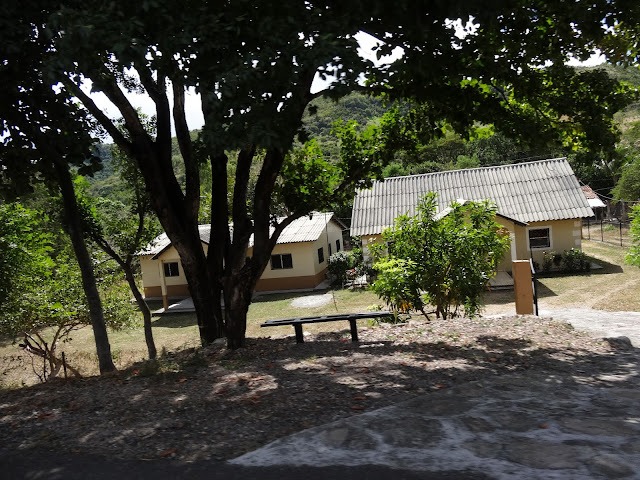 Most homes we saw were modern looking. 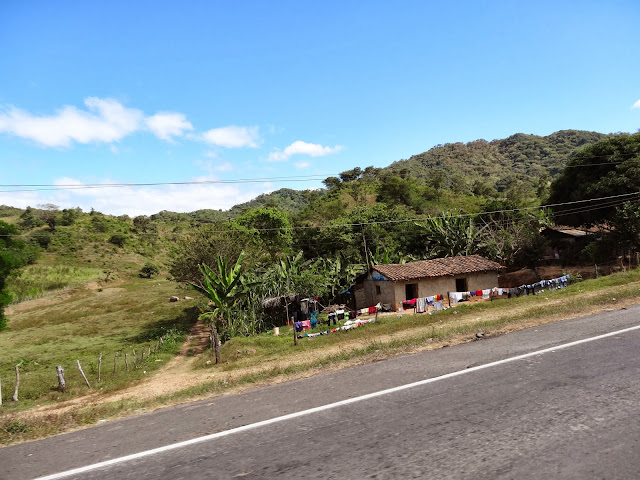 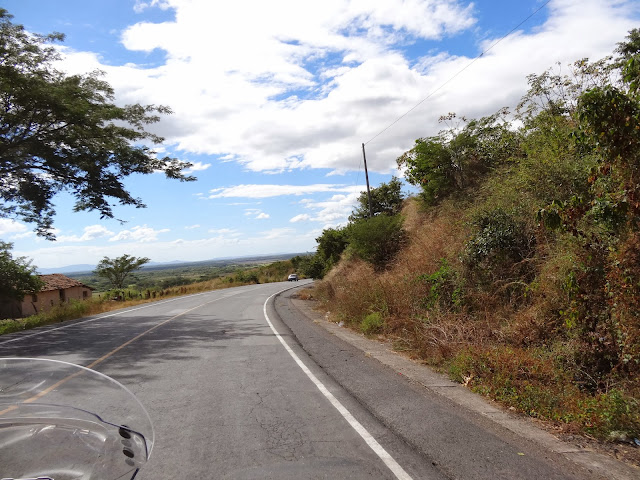 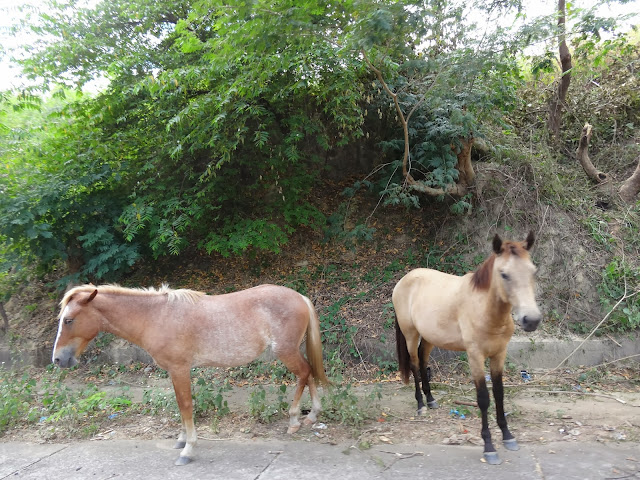 Lots of free range farm animals both on and beside the highway.
Posted by Ken at 3:50 PM