Merry Christmas / Feliz Navidad to our families, old friends, the Tim Horton's coffee gang in Nanaimo and new friends we've made on this adventure.

We exited Nicaragua yesterday morning without too much trouble and entered Costa Rica with even less hassle (we did a bunch of research before hand which made it easier even without a helper). At the Nicaragua border we met James from Whistler, BC and Jordan from Portland, OR who were traveling on Honda XR600's and are going to Patagonia.

Our first impressions are that Costa Rica roads are not as good as Nicaragua but life for the locals seems safer with no barb wire or razor wire on their homes which look similar to a Canadian house with a yard and fences that are 3 or 4 feet tall compared to 8 foot tall fences that we've seen from Mexico to El Salvador. 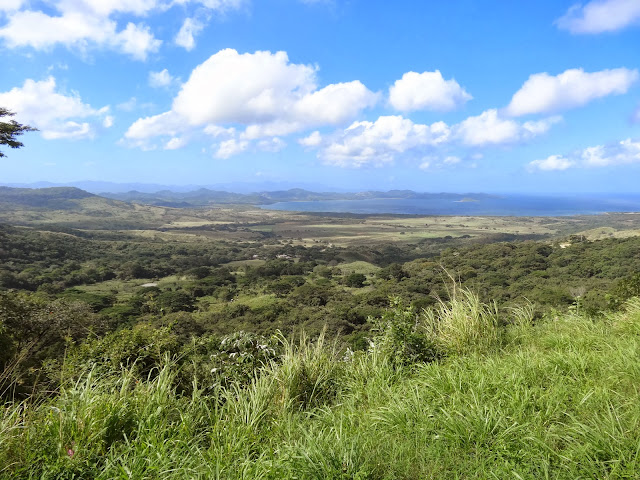 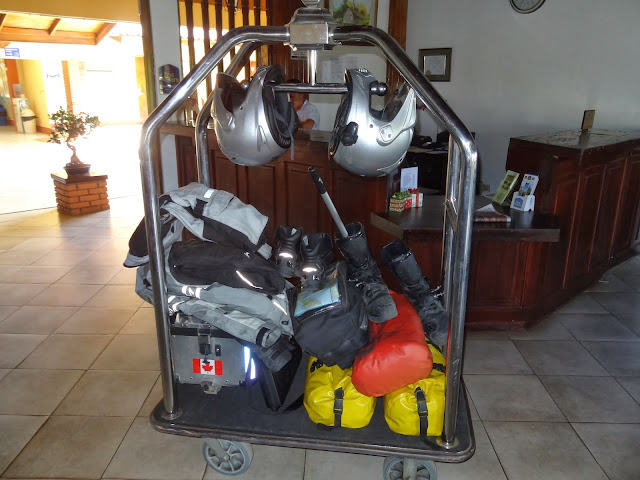 Checking in to our hotel, how do we get all this crap on the bike?
We are staying in Liberia, Costa Rica for three nights as it's impossible to get a hotel room  on the Pacific coast for under $170 US during the Christmas season. Liberia seems to have most things you can get in Canada but the prices are expensive compared to all the other countries we've visited. We also met William from Toronto when he saw the BMW parked outside McDonalds and decided to find out who was crazy enough to drive from BC to Costa Rica.
﻿
﻿
Posted by Ken at 7:56 AM