We had the weekend off and decided to visit a popular attraction at Panajachel. Lago de Atitlan or Lake Atitlan is a lake surrounded by numerous volcanoes and about a dozen communities around the lake. It was nice to escape the hustle and bustle of Antigua for a few days. We had a hotel on the waterfront and enjoyed the peace and quiet. On the ride there we were pulled off the highway at a police check point that was on a high mountain pass in the middle of nowhere with a light rain and heavy fog. They placed Diana in the backseat of their beat-up Toyota crew cab pickup and wouldn't let her out of the vehicle. I was somewhat placed in the front passenger side seat and they allowed me to return to the bike a number of times for passports, international drivers license, Guatemala tourist permit, BC registration, and BC drivers license. Each time I left the truck they would press Diana for dinero and rub their finger and thumb together indicating they wanted 100 Quetzales (about $13.50 Cdn). I kept repeating "no hablas espanol" (I don't speak Spanish) and at one point I said in Spanish "I don't smoke Spanish just to confuse them. After holding us for 30 minutes Diana lost her cool and in Spanish told them she wanted to see their boss. I think she had practised that phrase because it rolled off her tongue like Spanish was her native language. Shortly after she was allowed to leave the truck and we carried on our way. Diana knew I was too cheap to pay the bribe so it was up to her to get us out of this situation. 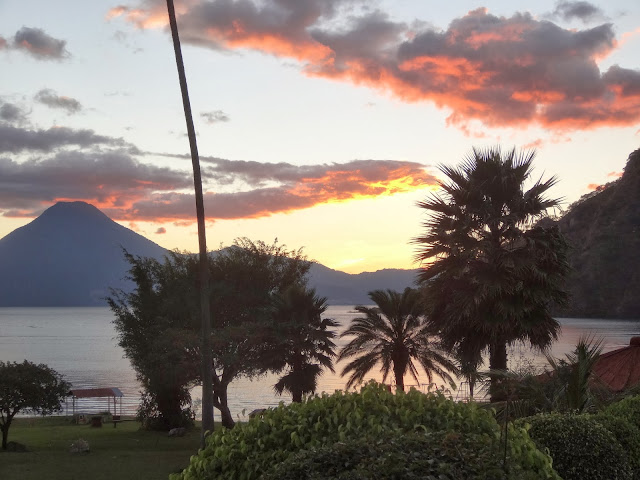 Lago de Atitlan from our balcony.

Resident parrot at the hotel. 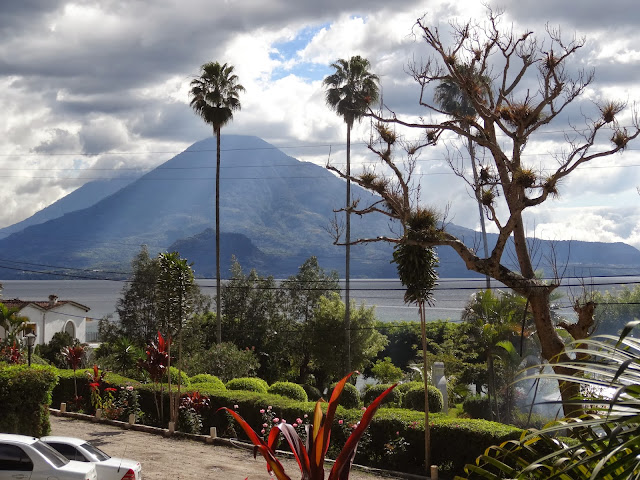 More views from our room: 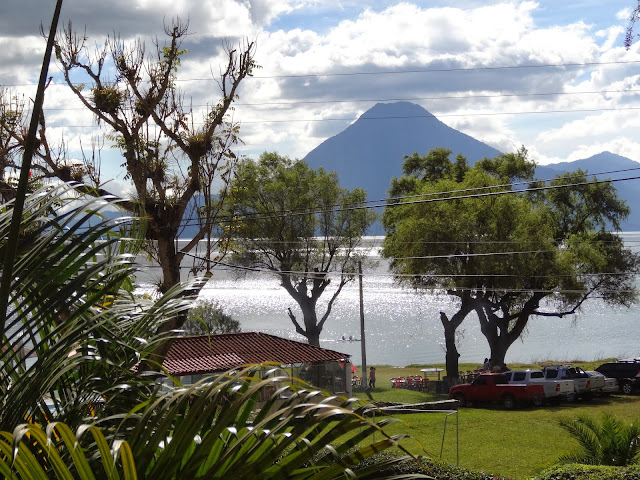 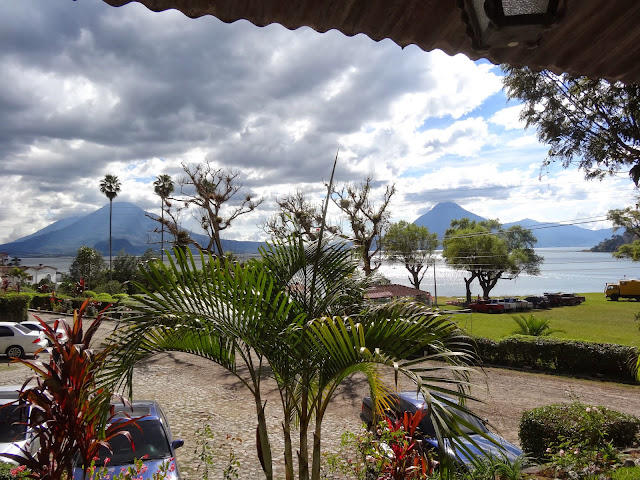